Nepal with 27 million population located in a high  seismic  region at  the  central   segment  of  the  Himalayan  zone has experieinced  six  large earthquakes with magnitudes greater than 7.5   in 1255, 1408, 1505, 1833, 1934, and 2015.  In these earthquakes,  serious  disasters  with large number of  human  casualties  and  countless  monetary  losses were observed.  In the latest Gorkha Earhquake 2015 with Mw=7.8 and its accompanying aftershocks more than 8600 detahs,  more than 20000 injuries and more than 5 million damaged houses has been observed costing around 7 billion in US dollars.   IABSE Foundation has been funding and helping the GeoHazards International in seismic vulnerability assessment training of people living in Amargadhi, Dadeldhura district in westernmost Nepal.  The focus of the current project phase I is on school buildings in order to safe live of the youngest members of the society. This region has known to be silent in large eartquake activities for many years and the next big earthquake is believed to be occur in this region soon.

Under the supervision of the GeoHazard International CEO Veronica Cedillos, a successful three-day engineers training in Amargadhi has been recently conducted through a combination of virtual and in-person sessions in partnership with the National Society of Earthquake Technology-Nepal (NSET) in Phase I of the project.  A total of 17 local engineers from local government agencies, consulting firms, and academic institutions participated as shown in the pictures. Topics covered during the training included earthquake basics, design concepts for earthquake-resistant buildings, rapid visual assessment methodology, data collection process, identification of site hazards and building typology, vulnerability factors, and how to interpret collected data. The training was interactive and included classroom instruction, as well as fieldwork where the participating engineers were able to conduct some sample seismic vulnerability assessments on local schools. The local government was very supportive of the training, which included the engagement of the Amargadhi Municipal Education Division Chief. The training program also included opening remarks by the Amargadhi Deputy Mayor and closing remarks by the Amargadhi Mayor, both of who emphasized the importance of the training. I am attaching several photos for your reference.

Following the training, seismic vulnerability assessments of school buildings (all done by trained local engineers) were conducted. A total of about 50 school campuses (some with multiple buildings per campus) will be assessed. So far, 28 school campuses have been assessed and expect to complete all assessments in the next two months.  This will lead to a major step forward in protection of the local people and to gain knowledge on seismic vulnerability for the local civil engineers.

In Phase 2 of the project, focus will be given on demonstration construction project of a school building in Amargadhi, as a way to provide a hands-on opportunity for local masons and engineers to apply earthquake-resistant techniques. The plan is to do this in a way that engages the broader community and raises awareness on construction techniques that can be used to make buildings safer.

The IABSE foundation has been mainly involved in this project by advise of Joseph F. Tortorella and support of our Council members.  Most of the funding received from Hyundai Qatar and Peter Seitz has been used in the Phase I of the project.  Again we would like to thank to our funders once again.

Mr/ Quach Thanh Tung from Vietnam, the latest Andon Tedesko "Fellow" is actively participating to the program. under the guidance of the last "Laureate", Mr. Esko

Järvenpää from Finland, at WSP in Helsinki. 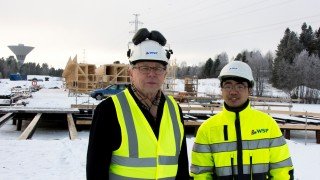 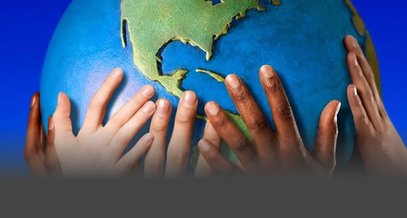 Make a donation and help support our aim to promote cooperation and understanding!

An advanced Training Civil Engineering School in the Capital of Togo Lomé, sponsored by the IABSE Foundation, has opened.

Make a donation and help support our aim to promote cooperation and understanding!